Rise Up! for God's Beautiful - but Broken - Creation

Music often gives voice to difficult hope. It expresses the tension between beauty and brokenness, celebration and lament. Many musical genres express this through social criticism, a critique of the status quo. The best are heralds of wisdom for creation’s flourishing.

The rise of progressive rock in the 1960s put words to the hope and lament of a generation caught between idealism and reality. Psychedelic rock went one step further. It sought a multisensory immersion into another, better world. No band achieved this better than Pink Floyd.

One topic that stretches across the half-century career of Pink Floyd – as well as the solo musical careers of band members – is war. Pink Floyd’s catalogue is strewn with songs that protest war’s destruction, devastation, and dehumanization – as well as the corporate greed and political narcissism that fuel it.

When Roger Waters left Pink Floyd in the mid-1980s, the band had reached the stratospheric level of cultural critique, influence, and impact. The Wall album (1979) was not only a huge commercial success but when Roger Waters re-toured it from 2010-2013 it became the highest-grossing tour by a solo musician ever. Pink Floyd have a unique ability to create an imaginative space where one more clearly sees the brokenness of the world but simultaneously the need (and hope) for renewed justice and compassion.

Since much of Pink Floyd’s cultural influence is related to the theme of war, it isn’t much of a surprise that, when war recently broke out between Russia and Ukraine, it was this tragedy that regathered the band to release “Hey, Hey, Rise Up!” as a fundraiser for Ukrainian humanitarian aid.

The song is based on an old Ukrainian folk song, “Oh, the Red Viburnum in the Meadow” which had been recently sung by Ukrainian musician Andriy Khlyvnyuk from Sophia Square in Kyiv and posted to Instagram. When David Gilmour, lead guitarist and vocalist of Pink Floyd, heard it, there was an immediate personal connection to this war in Eastern Europe as his daughter-in-law is Ukrainian.

The original folk song is composed of five stanzas; each portrays a Ukraine besieged by sorrow but animated, ultimately, by hope and restoration. That restoration does require courageously “marching forward … into a bloody fray” if there is to be “free[dom] … from hostile chains.” The concluding image is of Ukrainian soldiers staked out in battle positions between furrows of wheat. The song celebrates that “early wheat” which will be harvested; it is not doomed to destruction. Neither is Ukraine if we come to her rescue.

But that’s not all. If we “Keep Talking” we might find ourselves and the world around us “Coming Back to Life” as our imaginations are inhabited by “High Hopes” (1993). Pink Floyd, sounding almost like biblical prophets, are summoning us (“Hey, Hey”) to do our part in living rightly so that God’s creation might flourish for all (“Rise Up!”). 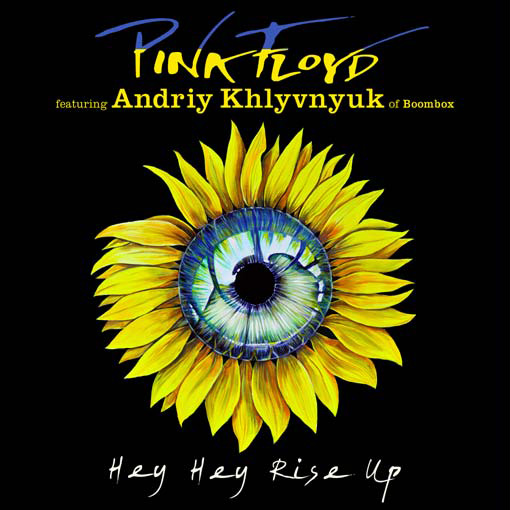