Josh Rodriguez is composer-in-residence of the Corona Symphony Orchestra, and Associate Professor of Music Theory and Composition at the Collinsworth School of Music, California Baptist University and an Associate Fellow of the KLC. Listen to his music here. Learn more about Poor Bishop Hooper at https://www.poorbishophooper.com/. 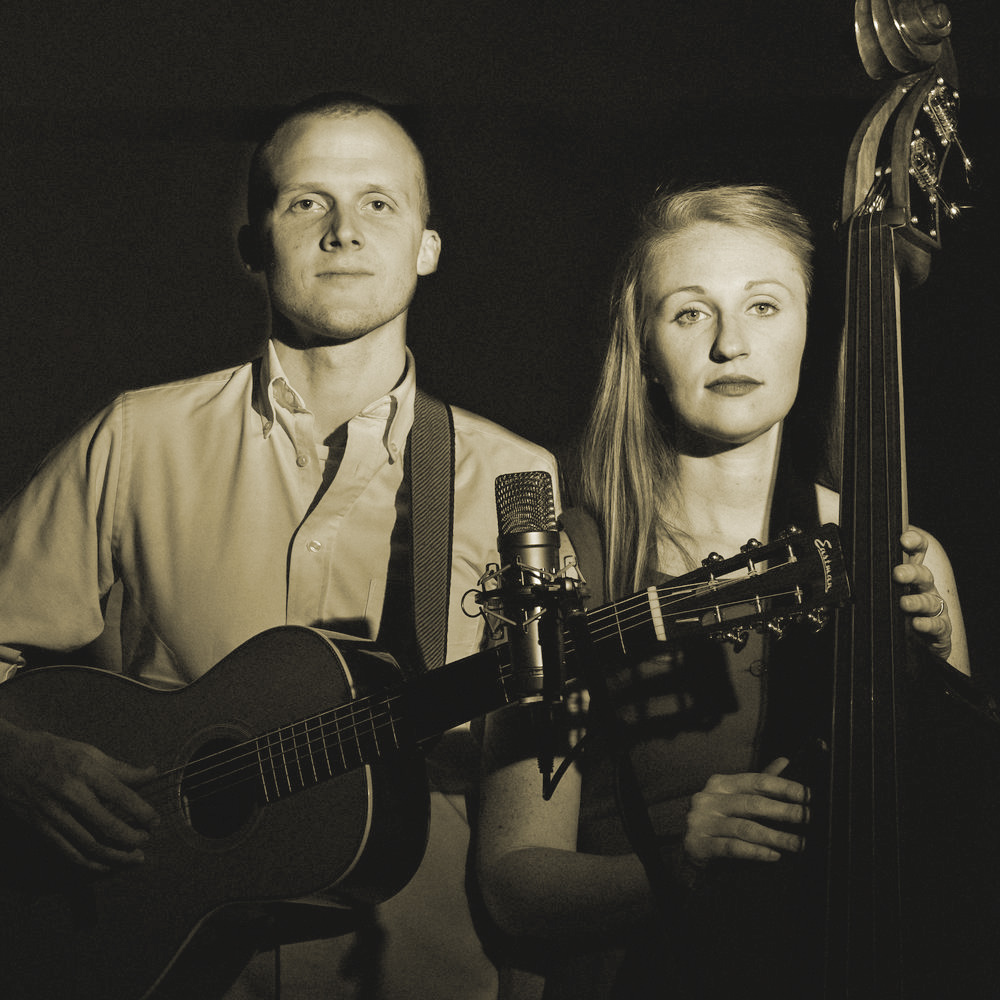 Between songs specifically for congregational use in worship and sacred music created for the concert hall, there exists a space that is perhaps less explored, but equally important: devotional songs to accompany the Christian’s daily pilgrimage. Poor Bishop Hooper, a husband/wife songwriting team from the United States provides such music. Each Wednesday, they release a Psalm-based song, musically-rich Scripture meditations that uplift thousands of listeners around the world. The following is a “behind-the-scenes” conversation about their work.

JR: Jesse and Leah, over the past 8 years, you’ve developed numerous musical projects. How did this begin?

Leah: Music and ministry have always been a part of our relationship. We first became friends leading worship at a church camp in the boonies of southeastern Kansas and, a few summers later, leading a missions team to Thailand to help women out of the sex industry and into freedom. Though it took Jesse a while, he finally asked me out. We were married not long after, and moved to Kansas City to be a part of a home-church ministry. A few months later our pastor asked us to write a couple of songs based on the parables of Jesus. That request became Foreign Made, our first album as Poor Bishop Hooper.

JR: Your projects have created spaces where the raw emotion and human depth in the texts can be unpacked and experienced. What is it about story and biblical narrative that you find so attractive?

Jesse: I was a creative-writing major in college and focused on the short story form, with no idea that it would have such an influence on my lyric writing. I’ve always been captivated by the power of story. Combine that with Leah’s deep love and knowledge of the Bible, and we find ourselves consistently coming back to singing the beautiful and honest stories of the Scriptures. The Lord has affirmed this “mission” over the years, whether through sharing the crucifixion story with our Golgotha ministry and seeing the impact that narrative has on those who encounter it, or telling the Christmas story through the eyes of the people who took part first-hand, or simply resinging the songs of the Bible with EveryPsalm.

JR: Another project, called The Golgotha Experience, is shared around the US each year during the Lenten season. How did this come about and what do you hope to accomplish through this liturgically-rooted music?

Jesse: Golgotha came about quite unexpectedly. We’d been asked to take over the Good Friday service for our church, and having always appreciated the stations of the cross, we thought it might be nice to add some sort of musical element to the largely visual tradition. We went away to the woods, and ended up writing all fourteen songs in three days. It was crazy. Kind of like a spiritual download. When we came back, we first shared the music with our own community, but immediately sensed that there was something more to be done with it. Over the past eight years it’s developed into the primary in-person expression of our music. Our personal backgrounds have informed how and where we share it, and we do our best to go to underserved places – prisons, rural communities, etc. We’ve seen the power of the gospel do mighty things in those places and beyond! Often during Lent it’s easy to fly through the suffering part and focus our time and energy on the resurrection. Not that that is bad of course. But we know that when we take a minute, or in Golgotha’s case an hour, to ponder Jesus’ suffering and sacrifice, we find deeper appreciation and gratitude for the gift of grace that is consistently and abundantly ours.

JR: Another fascinating project is Firstborn which includes a surprisingly moving musical exploration of Jesus’ lineage. Apart from Estonian composer Arvo Pärt’s choral setting (“Which was the Son of …”), I’d never heard a musical setting of Jesus’ lineage. I’m wondering, Leah, what drew you to this passage in particular?

Leah: Again, giving a nod to the traditional church calendar, we structured the whole of Firstborn around the common weekly themes of Advent (hope, peace, joy, love). When we came to “Christ,” we couldn’t think of any better way to communicate the power and importance of the birth of Jesus than singing his lineage. Generation after generation of broken and messed up people, yet through it all staggering prophetic fulfilment, beauty, and eventually the very Son of God! Musically it was a bit tricky, mainly figuring out how to take such a long section of Scripture, with no chorus per se, and make it interesting. But one night in the studio it all came together, and ever since has been a meaningful song to many.

JR: Are there any theological ideas or doctrines that especially shape your music and approach to music making?

Jesse: We recently recorded an album for Psalm 119 as part of our EveryPsalm project. With it, we’ve been further encouraged by the psalm’s aim to encourage the reader to know and love God’s word. We believe that the Scriptures bring so many benefits to our lives. “Great peace have those who love your law, nothing can make them stumble” (Ps 119:165). So right now, our approach to music making is being shaped by holding to the preeminence of God’s word in our lives, and in turn, singing it.

JR: Are there any lessons you’ve learned through your particular relational dynamic – being married and working in ministry together?

Leah: It’s absolutely amazing being married, having three children, and getting to do what we do. There are of course hurdles and difficulties all the time, but it’s so very worth it. When we first started writing together, we quickly realized our different leanings and preferences, and started to see how to support each other’s strengths. Jesse tends to be the lyric writer, I tend to shape the melodies and harmonies. Jesse owns the production and mixing side of things, I often bring the chord structures and arrangements. We’ve definitely learned where to let the other take the lead! Nowadays with our family of five, we’ve had to get more creative with our writing and recording time – we certainly can’t do as many late nights in the studio!

JR: Is there something unique to the arts or to your creative activity that has impacted your faith?

Leah: Our extensive time in the psalms has definitely shaped our faith over the past three years. Not only do the practicals of EveryPsalm cause us to read the psalms more than ever before, but the music and melodies are helping us memorize more of God’s word. Aside from that, we’ve been recently drawn further into a growing love and appreciation for God’s creation. Both through traditional music and the writings of William Quayle specifically, we’ve found ourselves increasingly drawn towards and strengthened by nature. All that God has created, his natural revelation in its seasonal beauty, brings us hope and steadfastness for the journey.

JR: Are there any dream creative projects that you’d like to accomplish in the coming years?

Jesse: We often discuss what we’re going to do after EveryPsalm, and there are far more ideas than we’ll likely ever have the years to complete! We’ve kicked around everything from tackling large portions of the Old Testament in narrative form concept-esque albums, to focusing on specific themes or ideas, say trees, and following those through the Bible story. The list goes on. Who knows? Thank you Holy Spirit for your guidance into right endeavours in the right times!