Elaine Duncan is the CEO of the Scottish Bible Society.

Then Jesus called for the children and said to the disciples, “Let the children come to me. Don’t stop them! For the Kingdom of God belongs to those who are like these children.” (Luke 18:16 NLT) 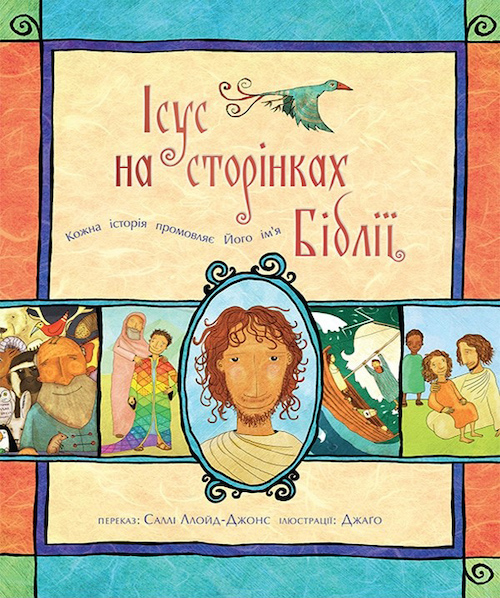 Children living in an orphanage near the Russian border in Ukraine had to leave to go into the bomb shelter just a few days after the Russian invasion began. Their carer said they could take one thing each with them. Once they were settled in the bunker, she asked them what they had each brought with them. I assume she expected to see a variety of favoured toys, games or something to cuddle. One by one they pulled out the same thing – the Bible they had received as a gift at Christmas from a Christian mission working in their area. It is the Ukrainian translation of The Jesus Storybook Bible. They started to read the Bible and then one by one they went on their knees to pray and they prayed for a long time.

These 55 Ukrainian children knew a thing or two about the source of light, life and hope. In their fear and distress they turned to Jesus, the one they had heard about from the Christian group working in their area (often through puppet shows!). We might describe this as “difficult hope.”

We can often feel a bit overwhelmed by all that is going on in the world and we understandably ask questions like “Is God here?”, “Does God see?”, “Does God care?” We are not alone in asking these big questions. Many of the stories in the Bible reveal people in dire or confused circumstances who ask similar questions. Their stories go on to show something of God’s love, mercy and care as he unfolds the mystery of who he is and how much he loves human beings.

Let’s take our lead from those children in Ukraine, keeping the Bible and prayer as priorities in our lives.

You will have your own story of how Jesus is your source of light, life and hope. That is a story worth sharing as so many around us are asking big questions about meaning and purpose in life. Our story connects with God’s story so let’s get the story out as much as we are able.

At the time of writing, the story of the 55 Ukrainian children continues as they have now reached safety outside Ukraine, experiencing miracles of provision along the way. May the memories of miracles begin to outweigh the difficult memories of fear these children will live with for many years to come and may the Lord Jesus bring healing for each and every one of them.